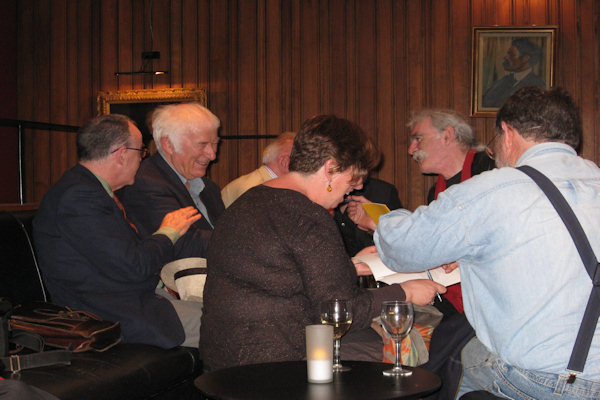 A number of themed programmes are being developed around key areas for which Ireland is renowned (Music, Dance, Theatre, Literature, Film, Sport, Food etc). Most of these programmes will be developed around one (or more) key event(s), but will also incorporate a number of other smaller existing events supporting this theme.

An example of this is the Festival of Sport which is likely to centre around a number of key events developed by key sporting bodies (FAI, IRFU and GAA etc). However, these are also likely to be supported by smaller, more regionally based events (eg: International TAG rugby competition).

A renowned figurehead is being identified and asked to assist in the creative aspect of each programme, with the effect of adding more credibility and appeal to it (eg: Seamus Heaney, Kevin Dundon etc).

The programmes will have as wide a regional spread as possible, taking into consideration any capacity or infrastructural constraints.

Some of these programmes will take place within a particular month, while others may be at a few different times throughout the year – allowing programmes to be take place at the most appropriate time for the specific target audience(s).

The Gathering will kick off in spectacular style with a major large scale New Year’s Eve Festival in Dublin 2012. The Festival will involve open-air concerts, markets, multiplicity of family and musical events, with a special showcase event on New Year’s Eve in College Green featuring an array of some of Ireland’s finest musical talent.The event will be broadcast live by RTE, and available online to a global audience. Cork, Galway, Limerick & Dublin will be part of the NYE events.

St Patrick’s Festival 2013 will, as always, be marked by a national week-long festival around the cornerstone of St Patricks Day. Dubbed as “An Feile Mor”, the celebration in 2013 will provide an opportunity to showcase Ireland’s impact on the world and to celebrate everything that’s great about Ireland and its people. Ireland is unique in terms of having a national festival which is so widely and prominently celebrated around the globe and in 2013 the message will be communicated worldwide that this is the year to celebrate it in Ireland.

The Gathering has secured support from a large number of National Organisations . They have committed to supporting the Gathering by agreeing to organise national events, informing their membership at home & overseas about the Gathering, mobilising their members nationally to play their part at local and county level & targeting their international networks to travel to Ireland in 2013.

The Gathering 2013 – Update : Each local Authority has now appointed a Gathering co-ordinator who will work with community leaders and activists drawn from a range of organisations aswell as being supported by Fáilte Ireland in each region. A Gathering Steering group is being formed in each county to help drive Gathering initiatives and ensure coordination of activities within and across counties. The Gathering will be the largest ever citizen engagement programme undertaken in Ireland, with over 100 Gathering public meetings being organised in 2012 to build commitment all over the country towards the project. Similarly overseas a number of meetings are being organized by Tourism Ireland targeting Irish people that can support & organise

RTE Partnership RTE is a key partner of the Gathering (in addition to all of the main media owners in the country). They are producing a 6 part series in late July which will show the journey of a celebrity returning home to their local town/village, going through the church records to trace their roots, attending a Gathering Town Hall and organising a ‘Gathering’ for their friends. This will air in October and will be supported by radio & digital platforms in RTE. A number of other Gathering related TV programmes are also in development which will be aired in 2013.

The campaign will include both traditional platforms and social media to support individuals, communities, businesses etc to invite family, friends & networks to Ireland to create and renew connections that will benefit Ireland throughout 2013 and beyond. The updated Gathering website will be live in September. A significant international marketing campaign will be launched at the Navy Notre Dame football game in Dublin in September. The domestic consumer launch will take place at the GAA Hurling Championship All Ireland Final.

Visitor Experience Plans will be developed in September to ensure visitors travelling to Ireland in 2013 have the best possible experience during the Gathering year. This will include from arrival to the airport to, travelling around Ireland , where they stay, eat, & what they experience to ensure every stage of the customer journey is delivering an authentic special experience. A customer charter during the Gathering year will also be developed Schools Programme A nationwide campaign is being developed which will be rolled out to primary schools in conjunction with the Department of Education and Skills. It is targeted at 5th and 6th classes with a total audience of circa 120,000 pupils in 3,200 schools.