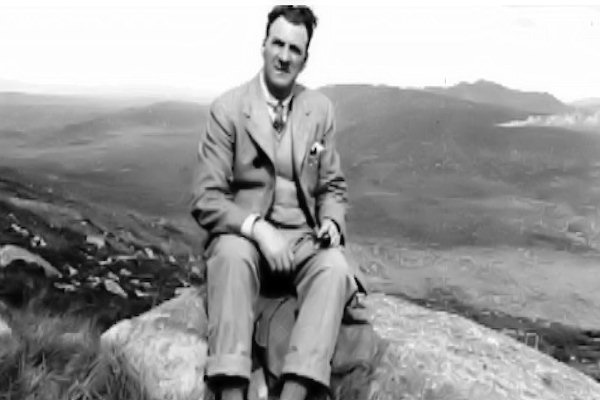 Arthur Kingsley Porter (1883-1933) was an American multi-millionaire, an eminent Harvard Professor of fine arts, an international traveller and researcher of medieval architecture, an award-winning author, and owner of Glenveagh Castle, Co. Donegal, Ireland. While spending a night at the fisherman’s hut that he built on Inishbofin Island, off Co. Donegal, Porter disappeared without trace, on July 8th 1933. The subsequent inquest was the first to be held in Ireland without a body. Sightings of the professor continued to be reported from locations all over the world for many years after his disappearance.

Many theories were proposed as to the fate of Kingsley Porter. Recent remarkable facts reveal the inner turmoil that Kingsley and his wife, Lucy, grappled with before his disappearance and carried with them to their graves.

It was while visiting Glenveagh Castle, some seven decades later, that Thomas Williams discovered the Professor’s incredible story and along with author, Lucy Costigan, and photographer, Michael Cullen, began on an amazing journey to unearth the full truth of Kingsley Porter’s disappearance.

Now, a major international feature film and documentary are planned by Lugh Films who are based in Co. Donegal. Both films are based on the book by Lucy Costigan entitled, Glenveagh Mystery: The Life, Work and Disappearance of Arthur Kingsley Porter. The book will be published by Merrion, the new imprint of The Irish Academic Press in November 2012. Lugh Films will begin shooting this incredible drama during 2013/14. The book will be launched in Glenveagh Castle, Co. Donegal on November 17th 2012.