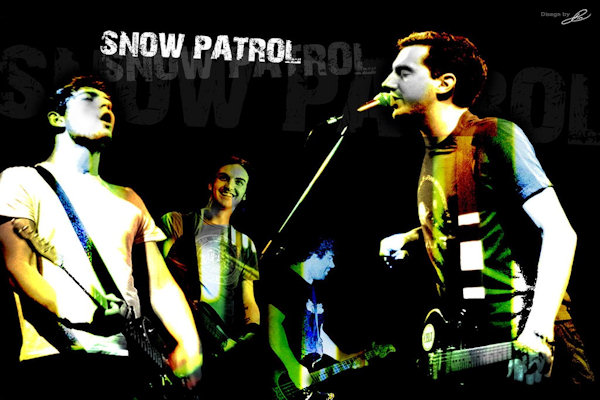 Snow Patrol, Cliff Richard, Bonnie Raitt and David Tennant are among the stellar names lined up to perform in Derry during its year as culture capital.

The 2013 City of Culture draft events programme, published today for the first time, features a wide range of events across the cultural spectrum.

Among the many highlights are two open air Snow Patrol gigs. The Bangor rockers are pencilled in for July 21.

In January, Derry’s ‘Sons and Daughters’, including The Undertones and Phil Coulter, feature in the first major music event of the city of culture year, that will also link in with a global flash mob event bringing together the city’s diaspora.

City of Culture Programme
Christy Moore and special guests will perform at Ebrington in April, while a special Derry Feis nostalgia event, featuring Fearghal Sharkey, Nadine Coyle and Roma Downey, is scheduled for the same month.

Jools Holland, Courtney Pine and Van Morrison are lined up for the 2013 Jazz Festival while also in May there are plans to host one of Europe’s “biggest weekend music Festivals” at Ebrington and St Columb ‘ s Park.

In June Phil Coulter brings his friends, Damian McGinty, Moya Brennan and Cliff Richard to Ebrington and in September Paul Brady will be joined by Bonnie Raitt and Mark Knopfler at a similar concert.

Other musical highlights include Teenage kicks – a stage musical about teen lust and love set to the music of Derry’s favourite musical sons. An Undertones tribute concert is also planned for November next year.

In sport, Derry City and Institute are lined up to face top teams from the English Premier League and Spain’s La Liga, Ulster will also play a game in the city next year, while GAA, including a number of Ulster finals, also features on the programme.

Film Lovers can look forward to a special event that will set the films of Steven Spielberg to a live score performed by the London Symphony Orchestra in March, while stars of the Royal Ballet will also visit the city for the first time in March.

Former Dr Who David Tennant explores his ancestral roots in a one man play written by Andy Hinds. Three new plays by Field Day, produced by Stephen Rea are also lined up.

How to make Irish Tea Scones
Scroll to top
X