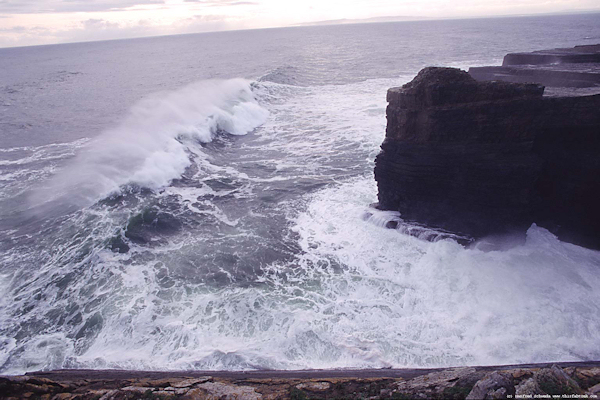 The biggest wave ever to hit Irish shores – 20.4 metres (67ft) high – has been recorded, meteorologists have revealed. The wave was measured at a special buoy off the Donegal coast on Tuesday as a force ten storm raged.

Meteorologists at Met Eireann said the data, sent from about 60 miles from the Irish coast, provided evidence of the most severe weather conditions it has encountered that distance offshore.

Huge Wave off Donegal Coast
“At 14.00 today the M4 weather buoy off the Donegal coast recorded a maximum wave height of 20.4 metres which is the highest maximum wave recorded in Irish waters,” Met Eireann reported.

At Malin Head, the most northerly tip of Ireland, wind gusting to 87mph (140km/h) was recorded.