Blog
You are here: Home1 / Blog2 / Blog3 / Inishowen to Benefit from City of Culture Year 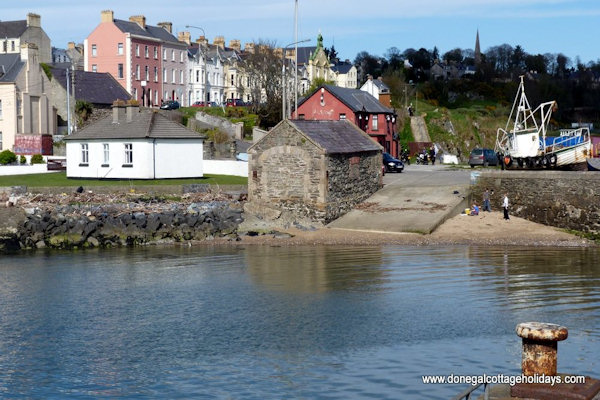 Inishowen to Benefit from City of Culture Year

Tourism in Inishowen has a major opportunity to cash in as more than a million visitors are expected to visit Derry within the next twelve months.

This week almost thirty marquee names in Derry tourism circles were invited on an inaugural tour of the Inishowen 100 to “familiarise” themselves with the region.

One of those enthused was Tower Hotel receptionist Chiree Bowan who said: “I have definitely been guilty in the past of sending people to the Antrim coast or the Giants Causeway for a day trip, but now I will be highly recommending Inishowen.

“I thought the Famine Village was brilliant and the scenery throughout the peninsula was beautiful. There is so much to do, but now when tourists ask where would be good for a day out I will certainly be mentioning Inishowen first.

The tour was the brainchild of Inishowen Tourism’s City of Culture liaison officer, Jennifer O’Donnell, who said it was designed to create positive links with the city.

“They are expecting over 400,000 people to come to Derry for the Fleadh alone next August,” explained Jennifer. “Those numbers are unreal; we can’t be left behind. This is a major opportunity for local businesses to get a major boost so our main aim for now is to strengthen the link between Derry and, it’s natural hinterland, Inishowen.”

This week’s trip took in Fort Dunree, The Famine Village and An Grianan of Aileach, and is the first of many ventures which will see the tourist office try to establish the peninsula as a must see destination

The Carn woman says it is vital to strength these links.

“We need to promote Inishowen in the run up to the City of Culture, so we decide in invite people down to give them first hand experience of what was on offer. The majority of people who were on the trip have never been to any of the destinations and now a lot of them are dying to come back and spend more time here.”

She added: “Next week I will be inviting community groups to public meetings in Buncrana, Carndonagh and Moville on Monday, Tuesday and Wednesday evenings. This way the public can get involved and give their ideas on how to promote their towns.”

Amongst the Derry City tourism staff travelling around Inishowen on Wednesday, were frontline staff from hotels across the city, an idea which Bronagh Masoliver, from the Derry Tourist Office believes is key.

“The people here are receptionists and frontline staff who deal with the public on a daily basis. Not everyone who comes to Derry goes to the tourists offices, but they all come to hotels and you can be guaranteed they will asking the receptionist were they should go for a day trip.”