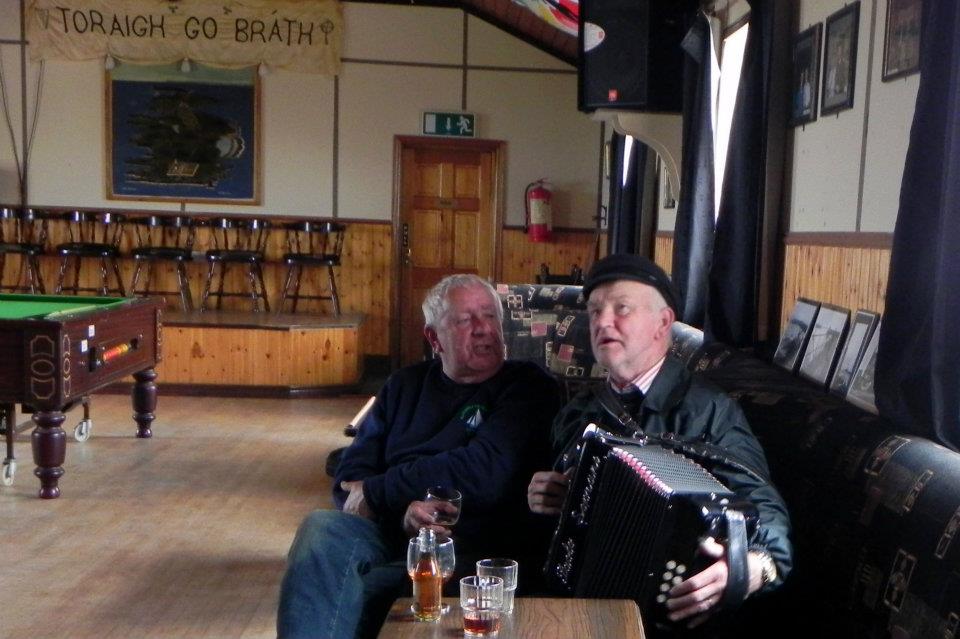 King of Tory at Ulster Fleadh

The King of Tory will be performing at the Ulster Fleadh 2012 in Dungiven at an open air concert on Saturday 28th July at 2pm in the middle of the town.

Patsy Dan Mac Ruaidhri (Rodgers) is the ‘King of Tory’ by general consensus of his fellow islanders.

A Fleadh spokesperson said; “Tory Island, nine miles off the coast of Donegal in the North Atlantic, is rich in musical talent and Patsy Dan will be playing a range of traditional tunes on his button accordion.

“He said that many of his favourite reels from Tory Island have no names but that he likes to play ones like the Concertina Reel or slow reels such as Rathlin Island. Other favourites include Out of the Ocean, Dark Island and An Cailin (Beautiful Girl).”

The free open air concert will also feature the up -and-coming band ‘The Looking Drawer’ as well as harp music from the recently formed Harp School Scoil Ruaidhri Dall and singing in Irish from the Glor Dhun Giemhin.

Competition winners from the Fleadh will also be part of the line-up.

Dungiven Comhaltas will be hosting Fleadh Uladh 2012 from July 22nd to 29th, a celebration of Irish traditional arts – music, song and dance – cumulating in the highly competitive Fleadh competitions with the aim of raising the standard of Ulster talent competing for the title of Ulster Champion and a place in the All Ireland Fleadh.

“The Ulster Fleadh 2012 will cater for the needs of 2,600 competitors and up to 25,000 spectators over the eight-day festival,” said a spokesperson.

“The Ulster Fleadh 2012 will be promoting Irish culture and arts to a wider audience by celebrating the historic local connection between Irish and Scottish traditional arts and culture.

“ The theme of this years’ Fleadh is based on the 15th century marriage of Finvola and her 24 brothers from the O’Cathains of the Roe Valley to the McDonalds, Lord of the Isles from Islay, Scotland.”

The spokesperson added: “The Ulster Fleadh 2012 will be promoting Irish traditional arts to the general public and international visitors by hosting a wide variety of artists on an open air stage in the middle of the town at free concerts and by organising informal street music competitions.”

Further information on the Ulster Fleadh 2012 and its schedule of events can be found on line at www.ulsterfleadh.com

This article appeared in the Derry Journal