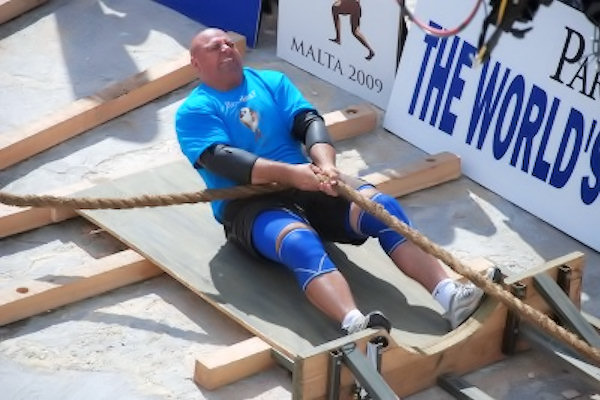 Europe’s Strongest Man is for Letterkenny this September and is some of the top names in the sport will be in attendance. The event will run on the 14th and 15th September and will be broadcast live on Setanta Sports

The Clanree hotel will host the weigh with the events taking place in the Letterkenny Town Park.

Well done to local man Nigle Drein of Motiv8 Fitness on helping to capture this great event for Letterkenny For more information: http://www.theworldsstrongestman.com/athlete/laurence-shahlaei/

It’s not a sport for the faint-hearted, as organiser Dave Warner knows only too well. The Leeds man, who held the title of Ireland’s Strongest Man between 2006 and 2009, once managed to pull two train carriages in a competition.

And he revealed that spectators at the Europe’s Strongest Man event are in for a real treat. He explained: “The Under 90kg event has grown in popularity as it’s the average weight for a guy. The competitors are so evenly matched that you never know who will win.”

Up to 14 national title holders will compete on September 14 to 15. And to scoop the title, they’ll have to achieve some super-human feats.

One of the toughest contests will see them try to lift 160kg stone balls, almost twice their body weight.

Dave explained: “There are eight events in all and they are all extremely difficult.” It may sound like a torturous hobby, but it is one of the fastest growing sports in the world.

Dave added: “In 2001 I pulled two train carriages along a track, that was the hardest thing I’ve ever done.”

Fans of strongman competitions will also get a chance to see real-life heroes in the form of former 105kg World Strongman, Darren Sadler, who will be the tournament’s referee.