An annual regatta is held at Moville every year in August, and has done so since early in the 19th century. In older times the one-man punt was popular, whereas nowadays the race of the home-made rafts brings competitors from many counties and large spectator crowds 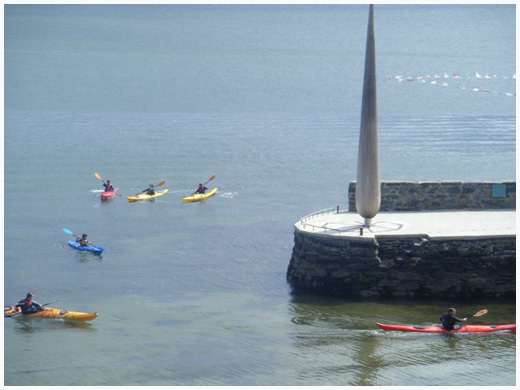 A whole series of events will take place just off the pier in Moville.The date coincides with the Moville Summer Festival and there is always a big crowd for Moville’s Regatta – which has been running for many a year.

Ard Foyle, Moville, Muff,
Phone: +353 (0)74 9382497
The Moville Regatta is an event filled activity and fun for everyone. Please telephone for further information.