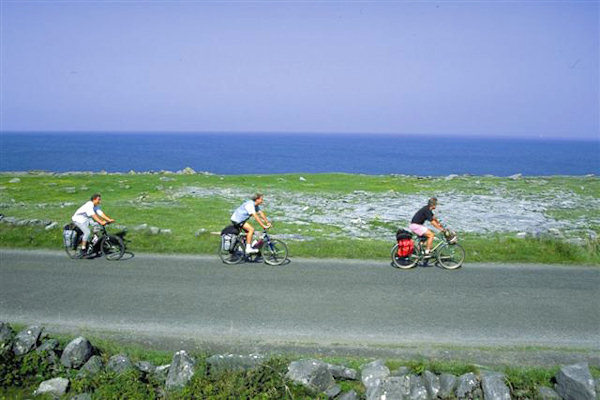 New Donegal Cycling Routes
Good News.A grant of €497,000 has been approved to provide and upgrade rural roads based cycling routes, stretching from Donegal Town to Newtowncunningham, covering a distance of 195 kilometres.

This route goes through some of the County’s most attractive landscape and links a large number of Towns along the way.

Minister McGinley states “not alone will this be of tremendous assistance to the many Donegal people who have taken up cycling as a hobby and sport, but will also attract many cycling enthusiasts to County Donegal.”

“Cycling tourism is increasingly popular around Europe. The Great Western Greenway from Westport-Achill in Mayo, is generating an estimated 140,000 trips per annum, which hugely significant for Mayo’s local economy. Let us hope that the Newtowncunningham-Donegal Town route will be similarly important for our local economy in Donegal.

New Donegal Cycling Routes
This route has been selected for Government investment. It is one of 16 routes that were selected by the Department of Transport & Tourism, from a group of over 50 proposed projects nationwide.
Work will be commencing on the project as soon as possible.