Blog
You are here: Home1 / Blog2 / Blog3 / The Friendliness of Total Strangers 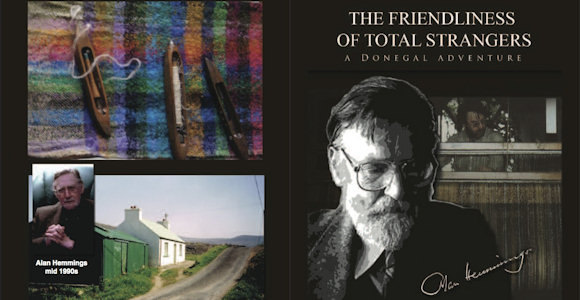 The Friendliness of Total Strangers is an unusual and compelling story. It is the first of a 2 book memoir by Alan Hemmings, principally concerned with a “textile pilgrimage” taking in derby, London, Donegal and Dublin.

An excerpt appeared in the 2012 edition of The Donegal Annual

Mingled among all those articles are wonderful little gems such as Donegal Design, 1950 by Alan Hemmings. He relates how he decided to set up a small textile enterprise in Dungloe. One of his initial headaches is that all the looms and other equipment ordered from England were transported by mistake to Dunloe, Co. Kerry and took quite a while to reach Donegal. Let’s not spoil things by telling you any more than that! 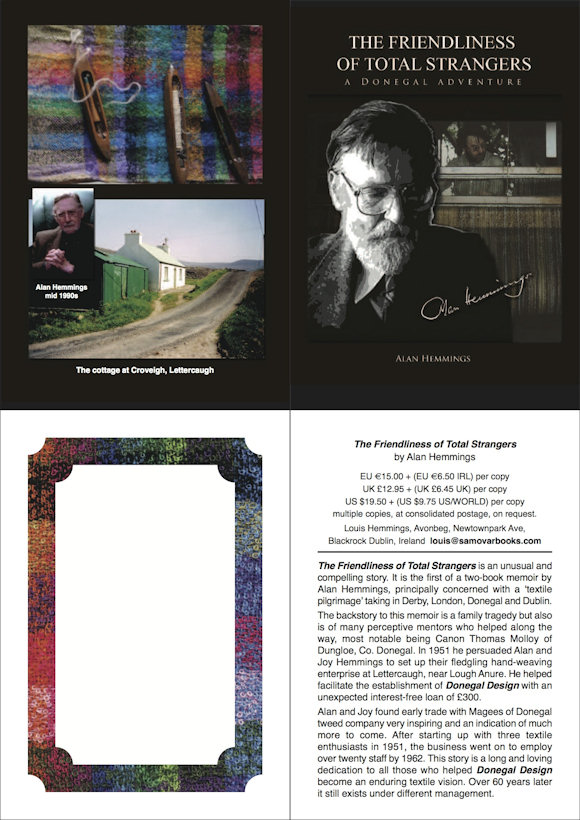