The biggest wave ever to hit Irish shores – 20.4 metres (67ft) high – has been recorded, meteorologists have revealed. The wave was measured at a special buoy off the Donegal coast on Tuesday as a force ten storm raged.

Meteorologists at Met Eireann said the data, sent from about 60 miles from the Irish coast, provided evidence of the most severe weather conditions it has encountered that distance offshore.

Huge Wave off Donegal Coast
“At 14.00 today the M4 weather buoy off the Donegal coast recorded a maximum wave height of 20.4 metres which is the highest maximum wave recorded in Irish waters,” Met Eireann reported.

At Malin Head, the most northerly tip of Ireland, wind gusting to 87mph (140km/h) was recorded.

The route, which is actually 101 miles long, will be boosted by 201 bright new markers, pointing to 59 attractions across the peninsula from Burt Castle in the south to Bamba’s Crown at Malin Head in the far north.

To complete the ambitious project, the Inis Eoghain 100 will be broken into fifteen segments, each beginning and ending at an attraction identified by Discover Ireland. The Gaelic name of the peninsula will be used to be clear, concise and in keeping with Irish language regulations.

A consistent new Inis Eoghain logo will be used on all the signs, which will begin at the traditional route starting point of Bridgend. Driving clockwise around the peninsula, attractions are signed and numbered in the order that they are encountered by motorists.

The scheme is designed to encourage visitors to the peninsula to explore more and dwell longer at an increased number of attractions. The signs will highlight localised attractions and point to others, giving distance information.

The new markers will also be consistent with other visitor information sources, pointing to attractions promoted by Inishowen Tourism and Discover Ireland.

The attractions that will be signed under the new programme include 6 castles, 13 prehistoric monuments, 1 church, I mature reserve, 3 museum, 1 cottage, 7 viewpoints, 9 walking trails, 14 beaches, 3 picnic areas and 1 tourist office.

The extensive project will require €182,000 for 201 signs and a further €28,000 for design, tender and supervision costs. It is expected that all works will be completed within the 2012 financial year.

Things to do in Donegal

All images for this video were taken by Paul Deeney in the seaside village of Rathmullan during December 2010.

The West Coast exudes a romance like nowhere else in Ireland. It boasts an unsurpassable beauty and wild drama that is inextricably linked to the region’s culture, traditions and people. From the towering sea cliffs in Donegal and Galway, which are beaten by the Atlantic Ocean, to the serene beauty of the Killarney National Park and the Beara Way.

Ablaze with colour, the West Coast offers a chance to really get away from it all, to stand on the edge and face nature in all its glory. Here, you can climb mountains, travel to remote islands, explore quiet bays or discover ancient limestone landscapes. Most important, though, in the West Coast you can experience authentically Irish culture and traditions, from the vibrant Gaeltacht region and its lively céilis to the multitude of festivals that celebrate the history and heritage of this fascinating region.

Donegal Road Safety Working Group have issued a new Winter Road Safety News video which includes tips for driving safely in snow and ice as well as information about the Designated Driver Card.

The Henry Girls hit all the right spots on this their fourth album.

The Henry Girls are sisters from Inishowen in Co. Donegal, Ireland and have been performing together as a band for almost a decade. I get the feeling that ‘December Moon’ is going to be a breakthrough album for the band. It’s released on the back of European tours and a successful Summer tour in the US. Its recent release also precedes a big European Spring tour as well as a return back to America. There are many really great songs on ‘December Moon’ which will appeal to fans of folk and roots with the band being comparable to The Dixie Chicks, The Good Be Tanyas or The Indigo Girls.

The 14 tracks include two instrumental arrangements, eleven original tracks and a fine cover of Elvis Costello’s ‘Watching the Detective’. While it’s fair to call this album a folk album it flirts with happy Pop on tracks like ‘When Will I See You Again’ and ‘Fool’s Gold’. There are well written ballads such as the beautiful ‘Farewell’ and the blissful ‘Sweet Dreams’. We also have homage to roots and bluegrass on ‘Ol’ Cook Pot’ and ‘The Long Road’ and then there’s the theatrical cover of the brilliant ‘Watching the Detectives’. All these genres fit together because of the cohesiveness of the harmonies and the musicianship on the album.

A montage sequence of events that took place in Letterkenny, County Donegal during 2011. The events include Saint Patrick’s Day, The Errigal Arts Festival and Letterkenny Live. Click on the play button and then click on 360p and from the drop down menu select either 720p or 1080p for high definition playback.

Over 3rd 4th & 5th February The Earagail Arts Festival & Rathmullan House Hotel invite you to refresh your mind, body and soul and shake off the post-Christmas blues at our new winter weekend tonic .-The Awakening.

As well as an intimate concert with Rainey Boy Sleep in the Cellar Bar on Friday night, we will be hosting The Snowball-a seasonal Feast of The Senses including performances by Little John Nee and Balkan Alien Sound.

All of this wrapped up in 2 days of interview, debate and discussion on Reinventing The Republic 2016 anchored by Diarmaid Ferriter with David Mc Williams and local contributors.

€185pps. For this you get 2 nights accommodation, tickets to the Snowball on the Saturday night, 2 debates/discussions on the Saturday (1 in the morning and 1 in the afternoon) and a light hearted reveiw of the Sunday papers with Paddy Cullivan at noon. 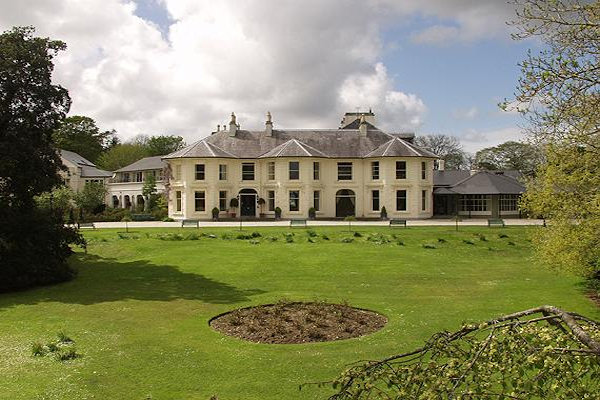 Images from The Awakening

Filmmakers Jamie Delaney and Keith Nally’s beautiful short, made in collaboration with heritage enthusiast and Acne Paper Editor Charlotte Rey, profile one of the last surviving weaving mills, Molloy & Sons. Based in the windswept County Donegal, Ireland, current father and son duo Sean and Kieran Molloy have a pedigree dating back over six generations and weave premium tweed from the famous Donegal yarn. “I think that with old crafts which are indigenous to areas like this, it’s really hard to divorce them from their landscape,” says Delaney.

Over the course of three days’ filming, Delaney and Rey captured the family’s impressive artisanal skill and dedication to a dwindling industry. Amidst the bleak but beautiful scenery surrounding the mill, the textile masters explained how their authentic Donegal weaves were inspired by the muted tones and flecks of color in the local heather, bracken and wild flowers. “Tweed is part of the cultural DNA in a sense; it’s been there for generations and it’s a pillar of a fabric industry that is now disappearing,” says Rey. “What should really be shining through is the love and the passion of these people.”