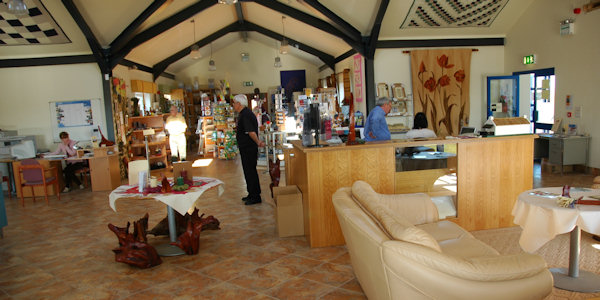 Christmas Trail at the Iosas Centre Donegal – A Wallace Media news feature on the Iosas Centre Christmas Trail, a memorable interactive Christmas experience for all the family. Each little house in the garden will have its own Christmas theme and in the tradition of the great Irish storytellers, will have characters telling the Christian stories behind some of our favourite Christmas traditions – St Nicholas the Giver of Gifts, the Candy Cane, the first Christmas and more. Filmed/Edited & Produced by Shane Wallace. Narration by Shaun Doherty

The garden is inspired by the 5th – 12th Century spiritual renaissance in Europe, which followed the fall of the Roman Empire. The Garden with its representations of the Cross of Patrick, the Boat of Brendan, the Island of Columba and the Oratory of Canice,inspires visitors to a spiritual re-awakening and renewal following the recent Troubles in this land. Also, a rough pathway round the perimeter of the Garden affords Christian Pilgrims ample opportunity for reflective prayer.

The Celtic Prayer Garden is a six-acre site laid out in the shape of the island of Ireland which depicts the lives of the major saints of Ireland’s Golden Age (5th to 12th Century). Individuals and groups can tour the garden, enjoy its wonderful peace and natural beauty and learn more about our common Celtic Christian heritage. It is a place of incredible peace and natural beauty which affords the pilgrim time and space away from today’s hectic pace of life.