Based in the picturesque Inishowen Peninsula in the North East of Donegal, Inish Adventures offers water and land-based outdoor activities including kayaking, canoeing …

The beautiful festive story, filmed on location in Greencastle, Inishowen, is about a little girl waiting for her fisherman father to come home from work on Christmas Eve after a big storm.

Don McNeil of the Ulster-Canada Initiative is hoping to put a permanent memorial in place to the 354 people lost at sea off the mouth of Lough Swilly in the Laurentic disaster in January 1917.

One hundred years ago, the armed merchant cruiser ‘Laurentic’ sank in Lough Swilly with the loss of over 350 lives and more than 3,000 gold bars. 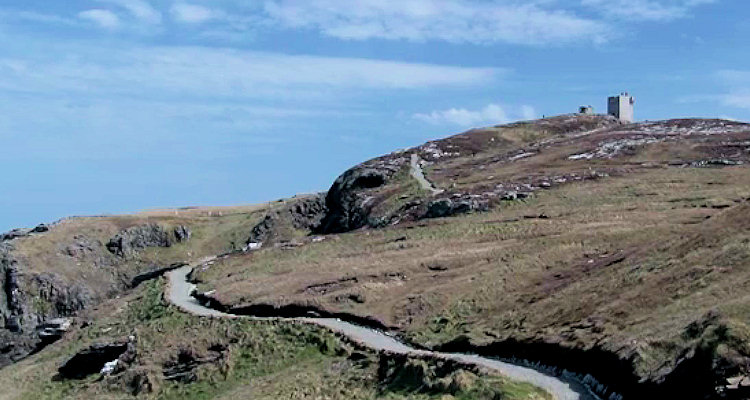 Banba’s Crown at Malin Head, Inishowen, Co. Donegal, is the most northerly point of the Irish mainland and is named after Banba was one of the mythical queens of Ireland. At Banba’s Crown you can’t miss the building known locally as the “The Tower” which was built in 1908 by the Admiralty, and later used as a Lloyds Signal Station. Not only is this Ireland’s most northerly point, but an area of great scenic beauty, and of historical, scientific and ecological importance.
[mashshare]

Not surpisingly it is also a perfect starting point for a remarkable ramble along a newly developed coastal walk overlooking the cliffs to Hell’s Hole, a subterranean cavern 250 feet long and 8 feet wide, into which the wild Atlantic ocean crashes in with great force. The walk has plenty of benches sited along the way to take in the breathtaking views. This is well worth a visit. Enjoy this stunning walk and Ireland at its best. Banba Crown, Malin Head, nestled in Inishowen, Co. Donegal.

Hollie Rose Cottage is located at Aughrim Heights, close to the centre of Ballyliffin village and is within walking distance of Pollan Beach.

This video shows Cyndi Graham from St. John’s Point in Donegal making a scarf on a traditional Irish hand loom. Directed by Shauna Boyle for an IADT project.
[mashshare]