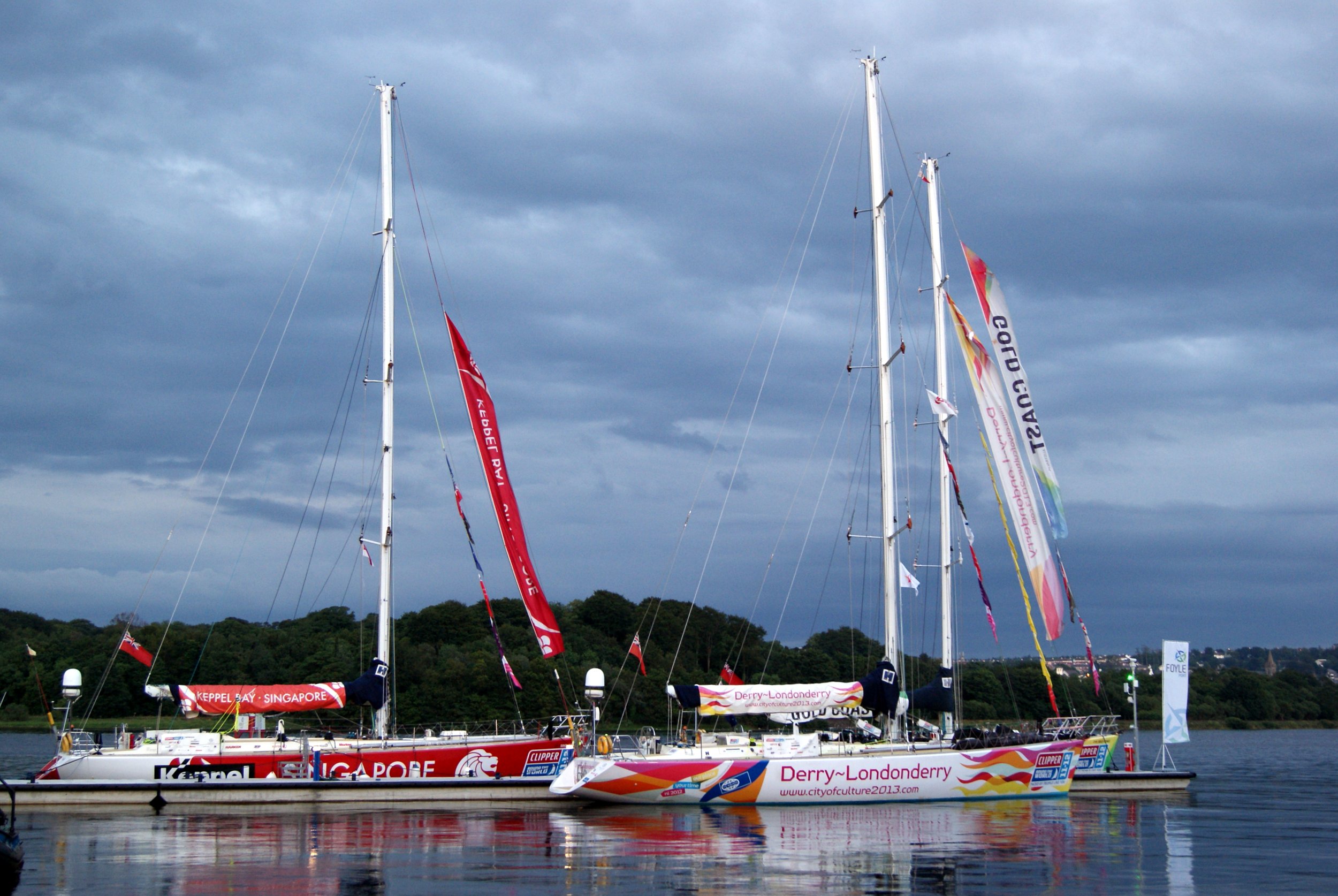 There was a continental atmosphere along Derry’s quays over the past few days. The weather held up well and people turned out in their thousands to see the boats and meet friends along the riverside. On Friday night visitors were delighted to see a spectacular fireworks display.

With Race 14 starting 7th July, the crew taking part in the Clipper 11-12 Race have been using the final few days on dry land to make sure they experience everything Derry-Londonderry has to offer.

Last night crew members of all ten yachts competing in the race attend the ‘Legenderry’ Concert which saw The Undertones headline.

The band from Derry-Londonderry performed to a ‘sell-out’ crowd which had snapped up all 10,000 free tickets. But stars of the show were definitely the crew of the Derry-Londonderry yacht who were introduced on stage to huge cheers.

“Being on stage in front of so many people was absolutely unbelievable,” explains skipper of the Derry-Londonderry yacht, Mark Light.

“The welcome into Derry-Londonderry has been spectacular and we’re all very proud of this city and the local people should be too!”

The penultimate race of the Clipper 11-12 Round the World Yacht Race is an 800-mile sprint that will see the fleet head north over the top of the British Isles before heading towards their destination of Den Helder.