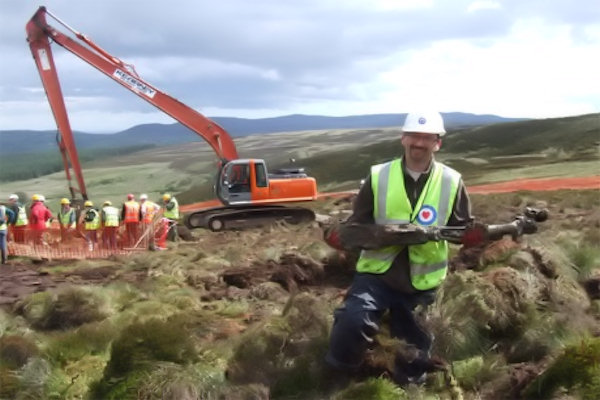 In the first episode of Dig WW2, historian Dan Snow investigates the history of the Second World War in Northern Ireland, participating in archaeological digs and dives of military sites across the country. He discovers the gripping story of the Northern Irish pilot who became the most successful U-boat hunter of all time.

He also dives to the wreck of the famed U-155 and reveals the essential role that Belfast’s Harland and Wolff had in developing the famous Churchill Tank, fundamental to the march of the North Irish Horse to capture Rome. Meanwhile, in Donegal, a major excavation reveals the 70-year-old Spitfire flown by US pilot Bud Wolfe, who was forced to bail out just minutes after leaving RAF Eglington, now City of Derry Airport.

From the Donegal bog, Dan follows the journey of Bud Wolfe who after bailing out of his stricken machine ended up interned in a prisoner of war camp in neutral Republic of Ireland at the Curragh. Not that that stopped Bud!

How to make Irish Tea Scones