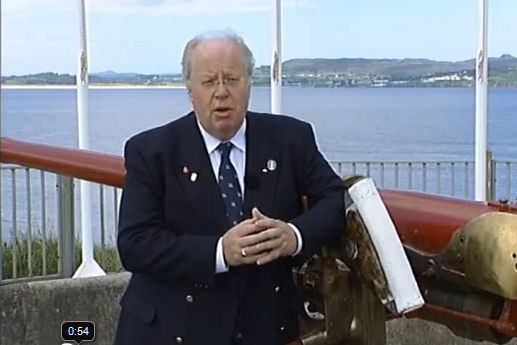 The annual remembrance service for the men and women of Inishowen who died during World War 1 will be held on Sunday June 30th 2013 in Fort Dunree Military Museum at 2.30pm.

A Prayer Service led by clergy from the Catholic, Church of Ireland, and Presbyterian faiths will be followed by a reading of the Roll of Honour and the Last Post. Wreaths will be laid by a number of organisations as well as private family flowers. Music will be provided by The Buncrana Accordian Band and The Tullintrain Pipe Band.

At least 249 men and women from Inishowen died in World War One. They came from both main traditions and fought for different reasons. They fell in France, Belgium, Gallipoli, Salonika, Iraq, Palestine, and on the high seas. For many years their sacrifice was forgotten. In the words of former President Mary McAleese, ‘Memories were put in shoeboxes’.

Last year a permanent memorial to these local men was opened by the Chairman of the Donegal CDB Peace III Partnership, Cllr Dessie Larkin (FF), and wreaths will be laid at the memorial during the ceremony.

The organisers of this annual event, the Inishowen Friends of Messine group, would like to invite everybody to come along on Sunday 24th to remember their relations and neighbours, who came from every single parish in Inishowen, and who died and were forgotten for so long.