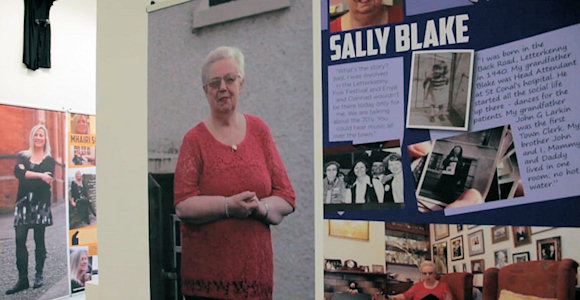 Art and social history mixed media project that will explore the idea of what connects us all as ‘local people’ in the Derry/Donegal cross-border area. Exhibitions at Regional Cultural Centre, Letterkenny from April 19th and University of Ulster Derry from June 10th.

Local People is a major art and social history project that will explore the idea of what connects us all as ‘local people’ and the rich diversity of what now constitutes a ‘local person’ in the modern day Derry/Donegal cross-border area. It will feature a broad representation of 40 local residents, telling their stories through film, photography and personal possessions.

The programme will comprise of 2 very large-scale exhibitions at RCC Letterkenny from April 16th to May 25th 2013 and University of Ulster Derry from June 10th to July 6th 2013 to coincide with Derry/Londonderry UK City of Culture.

Local People is based on the model of the very successful Destination Donegal exhibition that was held at the RCC From March to May 2011. It featured the life stories 12 people from around the world who moved to Donegal. According to exhibition Curator Harriet Purkis, “Destination Donegal aimed to re present people’s stories, as if the visitor is ‘getting to know them’ – seeing a life size portrait photograph, listening and watching people talk about their lives, looking at family photographs and things from home, and seeing their clothes.”