You are here: Home1 / Ballyshannon 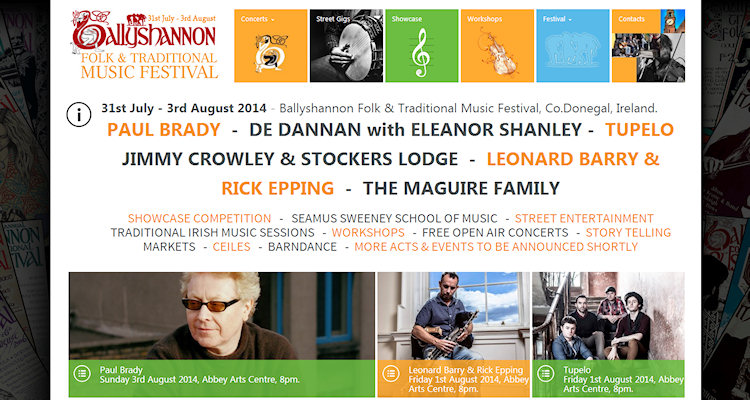 Ballyshannon Folk Festival Posters – The oldest Traditional Music Festival in the country, this year presents an exiting programme with some of the newest, youngest and freshest Irish and international talent on the folk and traditional music scene.

The 37th annual Ballyshannon Folk and Traditional Music Fesitval is the place to be next August Bank Holiday Weekend (Thursday 31st July – Sunday 3rd August 2014) as the sounds of traditional & folk music echo from the streets, pubs and theatre once again. One of Ireland’s longest running festival, this promises to be a great weekend for all the family.

Another top class lineup has been announced bringing the best of folk & trad acts to the Ballyshannon stage. The weekend also offers plenty of pub sessions, street entertainment, workshops and our annual showcase competition with €1000 CASH for this years winner. This will no doubt be another memorable festival weekend.

With free open air concerts, live pub sessions, workshops and a new talent showcase in this years programme, The Ballyshannon Folk and Traditional Music Festival is sure to have something to cater for all tastes. Full details of all events are available online at www.ballyshannonfolkfestival.com

This event takes place on the June Bank Holiday Weekend.

For many years, the annual Harvest Fair in Ballyshannon was one of the biggest days of the year in south Donegal.

And next weekend, thanks to the efforts of a hard-working organising committee, the Harvest Fair will return with a host of events planned over the two days.

The event is being organised as part of the ‘Backing Ballyshannon’ project and one of the organisers, Mai Kelly, says the reaction from people when the idea was first mooted was better than she could ever have expected. “It’s been brilliant. People aren’t just talking the talk, they are happy to put their shoulders to the wheel and get behind this,” she said.

Sticking with tradition, the Harvest Fair will run on Friday and Saturday, September 16th and 17th.

And it will be preceded this coming weekend by the Glenties Harvest Fair which is set to once again, draw huge crowds to the area. A bumper programme of events starts this evening with the official opening at 8pm. See our Sunday/Tuesday papers for the best coverage next week from Glenties.

Rory Gallagher International Tribute Festival 2020 will take place in the town where the world’s greatest Guitarist was born – Ballyshannon, Ireland 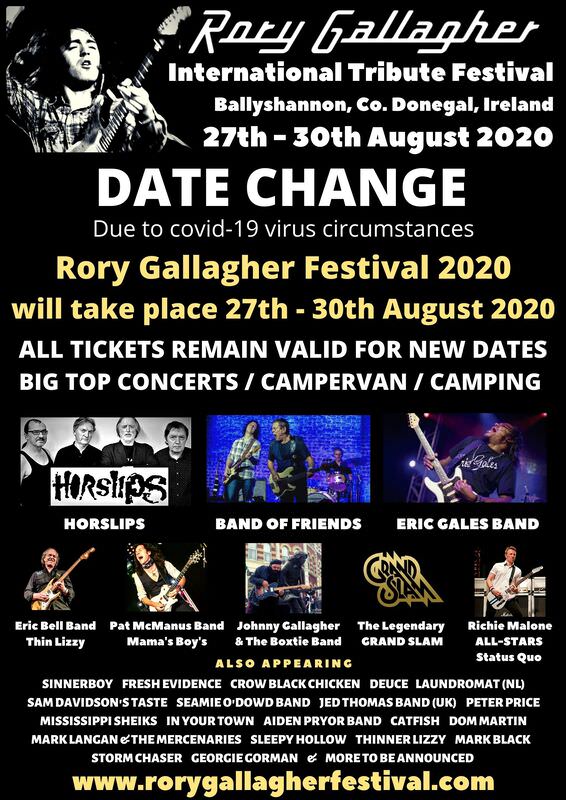