When we established the Guth Gafa international documentary film festival in 2006 there were a number of factors we could be certain of; we knew the location was first-rate in terms of its beauty, that’s one of the reasons we’re based here after all; we could be sure that visitors would be warmly received in the best Donegal tradition, and that they would revel in the local culture; and we knew we could run a good festival with local support and co-operation.

What was less certain was whether we could get sufficient quality films and film-makers to come, not only to Ireland, but to one of the most remote parts of the country. We think we’ve succeeded beyond anything we could have hoped for when we started out in 2006, in attracting multi-award winning directors and films to Gort an Choirce. 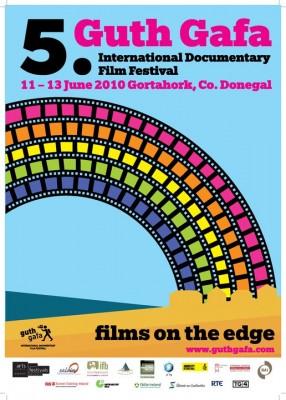 The challenge, after five years, is to maintain the high standards that we have set ourselves and continue to build the Festival from year to year.
10th – 14th June 2011