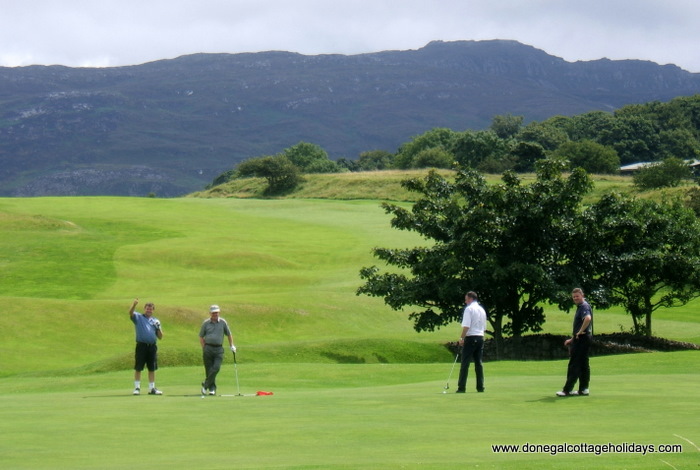 Portsalon Golf Club
In a remote and beautiful setting, Portsalon is a true hidden treasure. A marvellous links on the Fanad peninsula, Portsalon provides a bracing opening 3 holes before continuing through traditional linksland with a variety of fine holes. A major redesign project, undertaken by the renowned architect Pat Ruddy, has been completed (2003) and will propel Portsalon into the premier league of Irish links courses.

Rosapenna Golf Club
Originally laid out by Old Tom Morris and later improved by James Braid and Harry Vardon, Rosapenna is a charming links. The first ten holes play along Sheephaven Bay between the beach and a range of tall sand dunes. The last eight play inland and uphill in meadow where the high grounds present distracting and delightful views. The 2003 addition of the Sandy Hills course provides another 36-hole facility in Ireland’s North West.

Click here to view all golf courses in Donegal